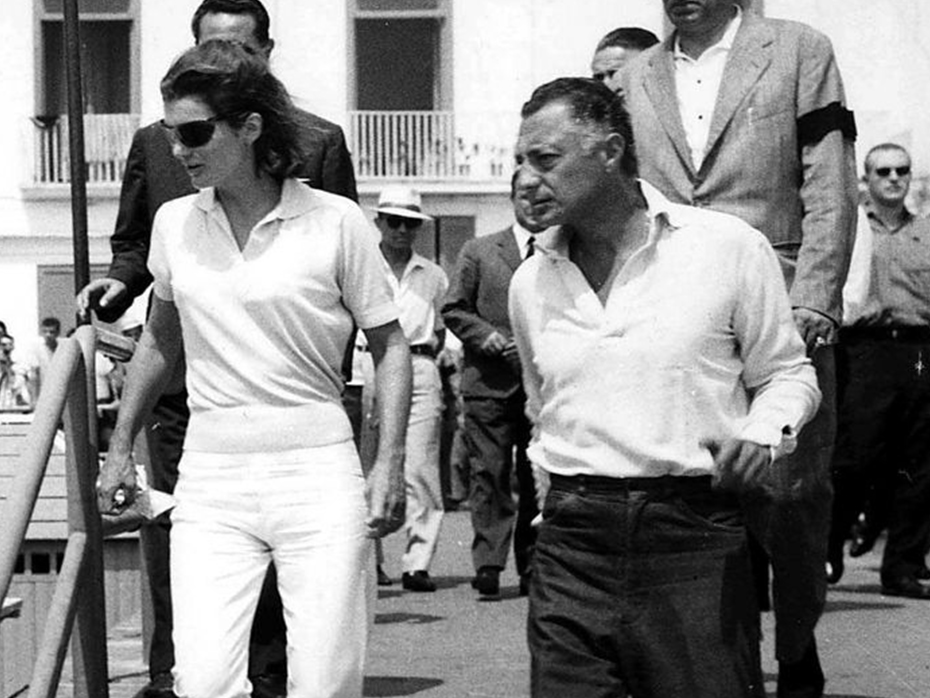 When it comes to men’s clothing the terms “classic” and “iconic” are often used with ease, but in the case of the polo shirts no adjective would be more apt. In fact, very few men’s wardrobe garments have gone through of such an important presence and evolution. They’re timeless and a cornerstone of any good spring or summer outfit.

Symbol of the contemporary gentleman, traditionally being worn for polo, golf or tennis, polo shirt is nothing more than a simple t-shirt with a collar closed by two or three buttons and sometimes provided with a small pocket. It can be either with long sleeves or short sleeves and the fabric used to is usually piqué cotton.

Its essential and sporty design has not changed since it was conceived at the beginning of the 20th century, and still today it seems to have no intention of changing its timeless nature. However, the use of this superchic piece of clothing is instead changing. To fill the formality gap between the classic shirt and the T-shirt, polo is confirmed as the leading protagonist of any good spring or summer wardrobe, both for casual and business.

From tennis courts to the office: the success of the polo

It is hard to imagine, considering today’s cult of super-technical clothing, until the early 1900s those who played tennis used to wear trousers, shirts, jackets and ties. Obviously it was a very uncomfortable to play in them, so in 1926 the famous French tennis player René Lacoste decided to experiment something revolutionary: during one of his games he wore a polo shirt for the first time.

In place of the stiff fabric of the shirts, he preferred a soft piqué cotton that is stretchable and move with him. Instead of the button-down collar he opted for a ribbed collar that could be pulled up to protect the neck from the sun. Finally, he decided to ignore the trend for rolling up sleeves on court and wore a short sleeved one, as those allowed him a more complete range of movements.

Inspired by his nickname, Lacoste asked a friend to draw a crocodile, soon that became his famous logo, debuting in 1927 it was applied first on his jackets and then on the T-shirts.

In 1933, after retiring from professional tennis, Lacoste began marketing his creations in Europe and North America and founded the company Chemise Lacoste, whose distinctive symbol has remained over the years the little crocodile.

During this period, the polo shirt became part of the standard informal business attire for the high-tech industry and then spread to other industries. Often as part of a uniform, companies started branding a plain polo-shirt with their company name and logo.

Also nowadays, polo shirts are widespread throughout the western world and, although they played an exclusive sporting role until a few years ago, it is now not so difficult to see them combined with smart outfits for the office or leisure time.

The English origin of the polo shirt

The historical origin of the polo shirt is not certain, what we know is that undoubtedly was born parallel to the game of polo, from which it takes its name. At the end of the nineteenth century, this sport became very common in England and the players began to wear a real game uniform.

Starting from the fifties, thanks to the success of the creation of René Lacost, the term polo was extended to all the t-shirts used for tennis. In 1972 Ralph Lauren included his “polo shirt” as an important part of his new fashion line called Polo, definitively commiting to the matching of the name to that type of garment.

When and how to wear a polo

Luchino Visconti wears the polo shirt in a famous 1960 photo, Gianni Agnelli wore his to the sea while accompanying Jackie Kennedy. There is no doubt that polo has always been synonymous with casual elegance and has become a focus of the athleisure trend during the recent years.

Because, although the polo shirts are still the official uniform for tennis players and golfers, it is so true that the very chic pieces are also found in the smartest working environments where, especially during the warm season, intense heat drives everyone to prefer them rather than the shirts.

The new polo shirts are made with brushed cotton or moss stitch texture, plain or piqué. They combine the comfort of the fabric with the elegance of the shirt collar. Moreover, one of the advantages of piqué cotton knitwear is the well known breathability, which makes them vital in the summer season.

A sophisticated rival of the T-shirt, the polo shirt is embellished and can also be worn in the office with single-breasted jackets, destructured blazers and tailored trousers in cotton. Obviously only if the company etiquette give them a pass.

For the leisure time, in addition to the pairing polo shirts with chinos and moccasins, another option during the summer is pairing them with the classic Bermuda shorts (cotton shorts) and boat shoes. But not just that. The polo shirt is also majorly apt for jeans and tailored trousers in cotton or linen for unwinding the day.

As the solid colour creates a refined preppy effect, to show off eccentrically in contrast, or with the rigor of tone on tone. The striped version, however, offers a sophisticated taste of à la marinière (marine sailor) to be completed with the navy blue trousers.

But the men’s polo shirts can also be worn in the evening: the total white look is a must-have for the night on the beach with friends, the denim tones match themselves with the city events and the green long-sleeved pieces pair well with dark jeans.

Details of the men’s polo shirt by Lanieri

The new range of men’s polo shirts by Lanieri really have something more. Elegant, essential, with a classic wearability, they are the ideal attire to combine with the custom made chinos and many other casual outfits.

Made in Italy with a yarn-dyed piqué cotton fabric (a process that makes the color more intense and deep), these custom-made men’s polo shirts can be customized online with long sleeves with rounded cuffs or short sleeves.