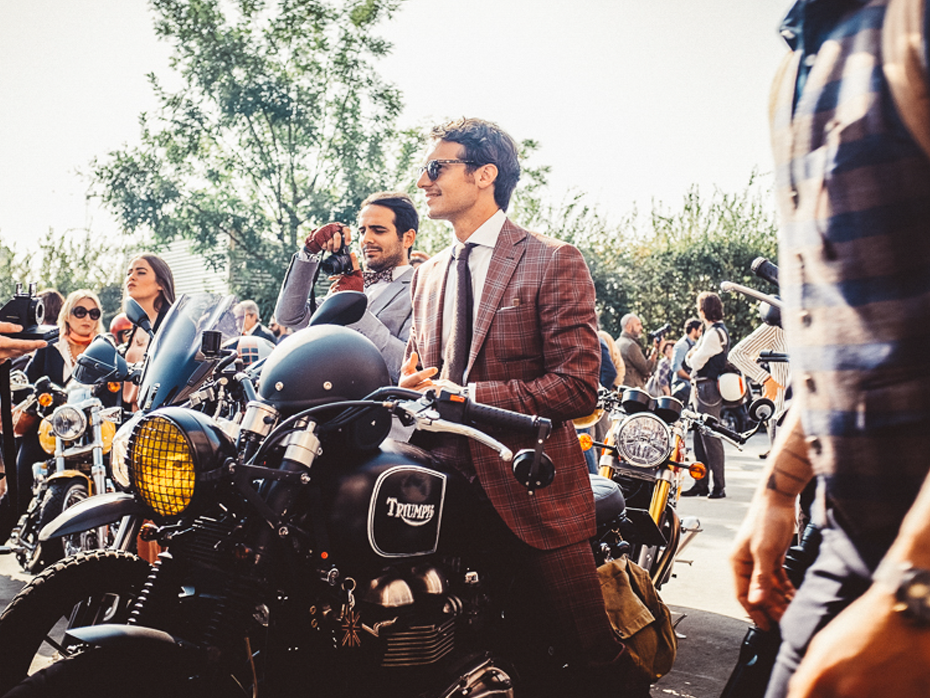 The streets of Milan were abuzz the last Sunday (September 25) with finely dressed gentlefolk on their classic and vintage style motorcycles. They met for the annual Distinguished Gentleman’s Ride, a motorcycling charity event which shines a light upon bikes, fashion and styles of a bygone era. More than 56,000 stylishly-dressed gentlemen in over 500 cities drove their motorcycles to raise funds for prostate cancer research.

For the second year in a row, we were there in Milan driving our motorcycles and wearing special Lanieri suits with a lot of Italian gentlemen and friends.

The Distinguished Gentleman’s Ride was founded in 2012 in Sydney Australia, inspired by a photo of Mad Men’s Don Draper astride a classic bike and wearing his finest suit. It was decided a themed ride would be a great way to combat the often-negative stereotype of men on motorcycles, whilst connecting niche motorcycle communities together.

The first ride brought together more than 2,500 riders across 64 cities, with the success of the event encouraging Mark to consider how it could be used to support a worthy cause. 2015 saw more than 37,000 participants in 410 cities in 79 countries raising over $2.3million for prostate cancer research. The fundraising goal this year was five million globally, the event has raised more than 3million dollar.