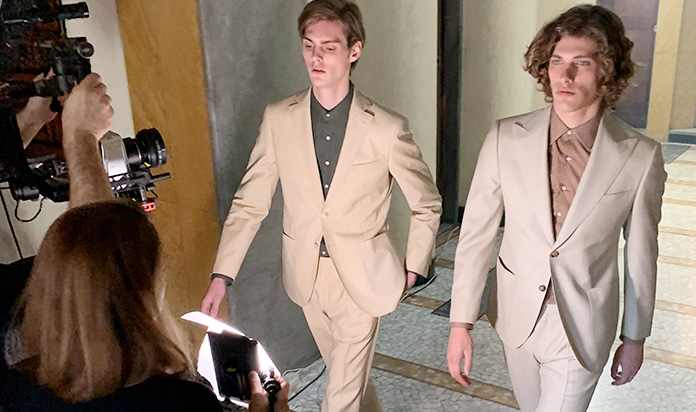 It is impossible not to notice an exceptional trait d’union in all the patterns and cuts in The Italian Entryway collection: celebrated by colors and shapes, in fact, the Seventies are preponderant.
A formidable decade, full of excitement and emotions that became tangible in fashion, in art, in the architecture of the time which still echoes today. 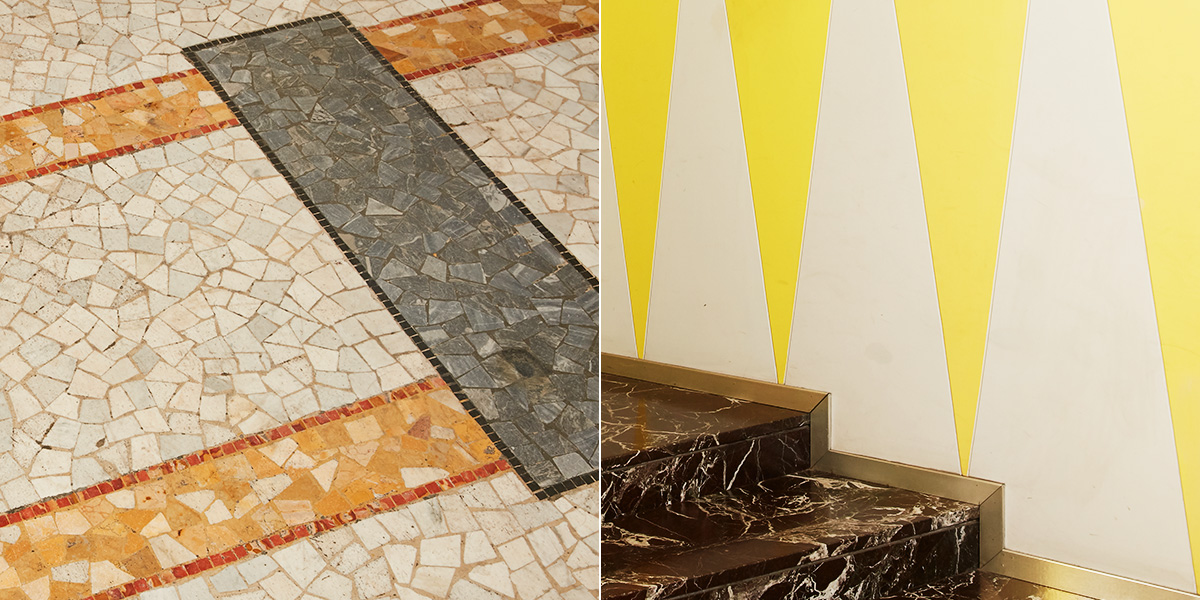 The Seventies were years of great social battles, a fertile ground for the search for one’s own identity. While women achieved new forms of independence, homosexuals started conquering their freedom and the crowds marched more compact than ever to express favors and disagreements, art, theater and culture became part of the change. 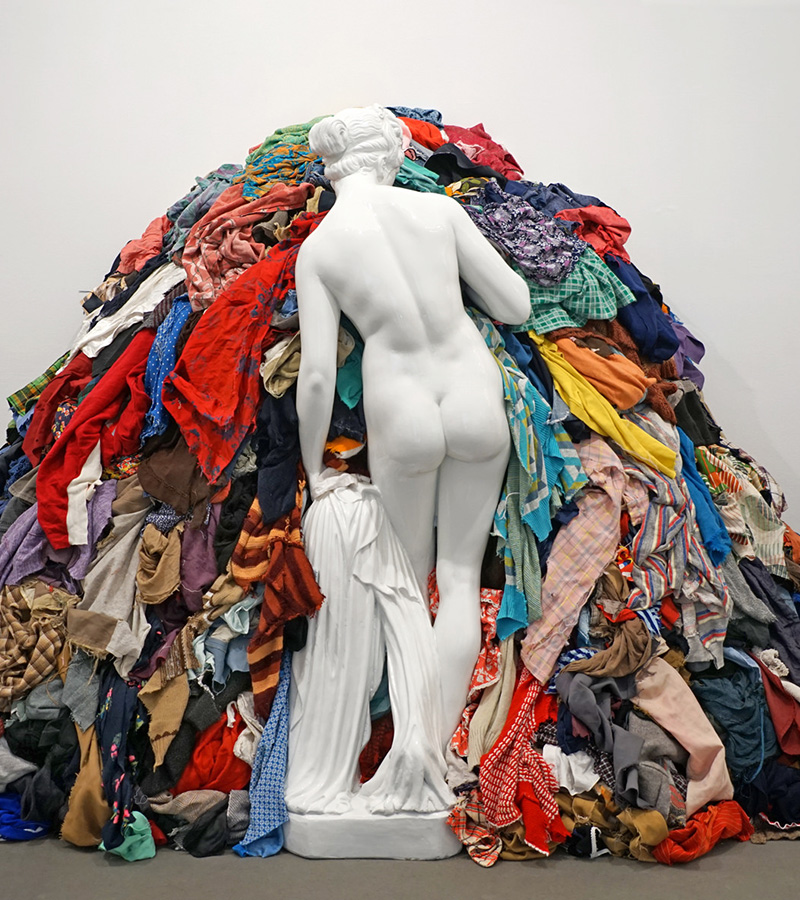 Pistoletto and Merz educated public opinion with their Arte Povera exploiting materials of daily use; Body Art, where the human body was at the center of the scene and the only expressive form accepted, focused on the reappropriation of personal identity; Land Art, modifying landscapes in a delicate and natural way, tried to create and excite with the environment. 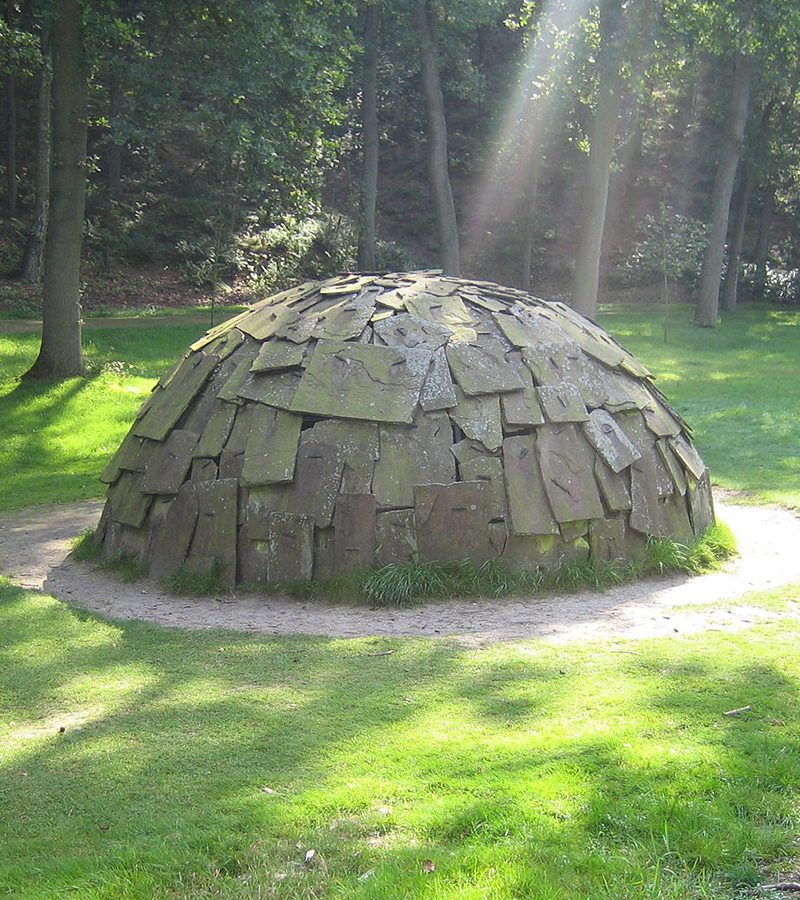 The Seventies were one of the golden moments of Italian design: microwave ovens, personal computers, halogen lights and the first adjustable table lamps began to appear and become objects of common use. The furnishings of the 70s are characterized by the use of nuance with a strong character: bright green, turquoise, golden yellow and brown appear in the most fashionable houses – along with flower patterns and decorations, especially in the bathroom and in the bedroom.

And what about fashion? An unexpected whirlwind, from the flower power to the disco fashion.
The Seventies opened with a continuation of the hippie style, characterized by tie dye shirts, Mexican blouses, ponchos, military clothing. When it was not about flower power, fashion was about pop and vitaminic colors.

Seventies outfits promote flashy looks, embellished with geometric patterns or floral prints. The garments considered the most glamorous in this period are bell-bottoms, paired with tight shirts and tighter jackets, both for him and for her.
From ’77 onwards, the punk style also entered the scene. Shocking colors, mohawks, ad hoc outfits created to move public opinion. 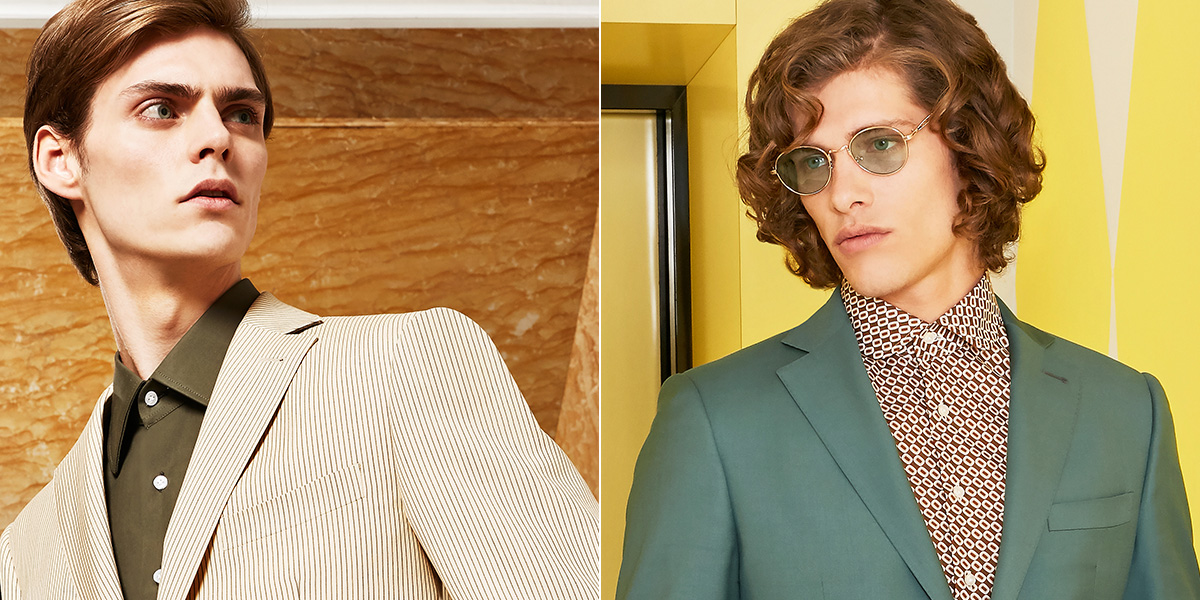 The new Lanieri collection The Italian Entryway sums up the Seventies: talking about the suits, a perfect balance is created thanks to the tension between micro-patterns and full colors; in shirts, geometric prints recall optical inspirations.
Of course, without ever giving up on the timeless white and blue nuances: a great classic is always in fashion, in the Seventies as in 2019.

Blog > NEWS > In the backstage of “The Italian Entryway”